An Elder’s truth on reconciliation: Dr. Reg Crowshoe on the way forward 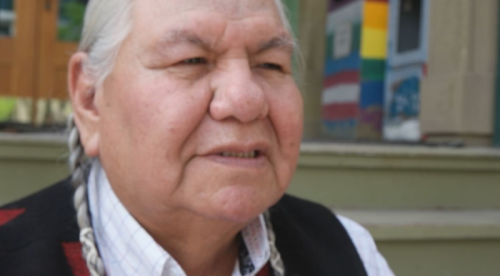 Truth and Reconciliation reveals the long and often painful history behind Canada’s treatment of Indigenous peoples, particularly the legacy of trauma associated with the residential school system. As difficult as the details may be to learn and talk about, the concept of “truth” is, at the very least, a simple concept for most of us to comprehend. Reconciliation, on the other hand, can be more complicated—as it  often means different things to different people (and peoples). The dictionary definition of the word is: “the restoration of friendly relations”, which falls tragically short when applied to the process of colonization in Canada and the forced assimilation of Indigenous peoples.

Within the context of the Truth and Reconciliation Commission of Canada (TRC)—which was established to educate the public on the impact of the residential school system and released a final report in 2015—reconciliation is more about the creation of a new relationship with Indigenous peoples based on recognition of rights, respect, co-operation and partnership. Though we may desire to simply “put the past behind us” so that we can work towards a stronger and healthier future, the process is considerably more complex than that.

We spoke with Piikani Blackfoot Elder, Dr. Reg Crowshoe, to get his thoughts on moving forward with reconciliation in the post-TRC era. Here are three of his most compelling thoughts on the subject.

Read more about the #UNIGNORABLE issue of intergenerational trauma that affects individuals and families in the Calgary area today.

An Elder’s truth on reconciliation: Dr. Reg Crowshoe on the way forward